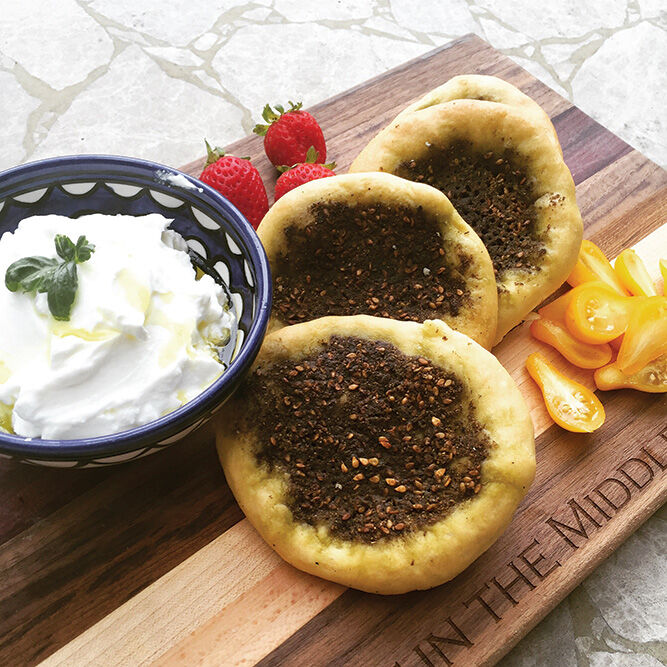 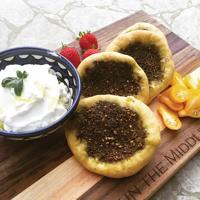 Za’atar can season foods as a spice mix or a topping on breads like manakeesh, above. 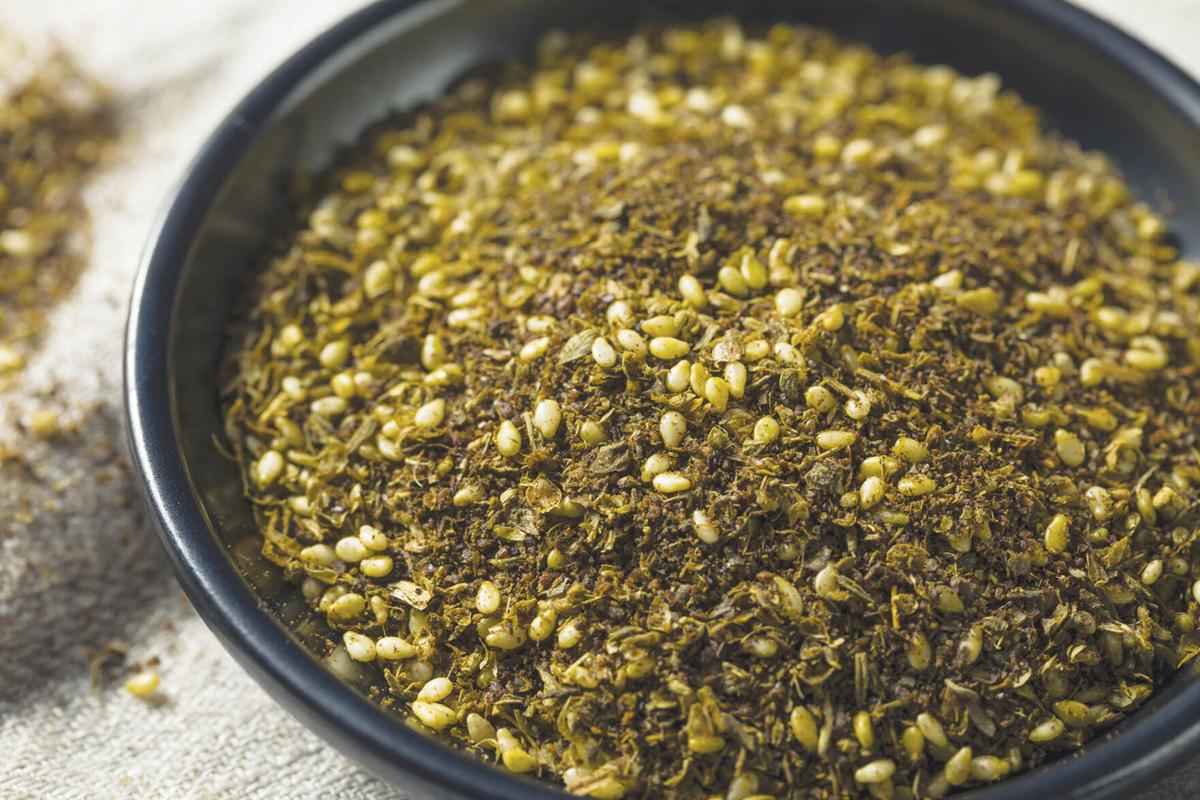 Za’atar spice blends are easy to buy but also easy to make yourself.

There is a revered herbal blend in the Middle East that is not only versatile in seasoning a variety of foods, but also is touted as a healing remedy. Arab mothers give this herbal blend to their children before school, for both mental acuity and an immunity boost. Many seniors who live in the Levant region incorporate this herbal mix in their daily diet to aid in memory and help treat chronic diseases. This miraculous spice blend is called za’atar.

Za’atar is a zesty herbal combination containing a plant indigenous to the Middle East that is a cross between oregano and thyme, along with sumac, sesame seeds and salt. However, the health benefits of za’atar go far beyond what you would find in a medicine cabinet. Following is a breakdown of how the individual components of za’atar can impact overall wellness, providing some validity to the ancient and popular beliefs surrounding this powerful plant combination.

The ground sumac berry, which gives za’atar a tangy flavor, comes from a flowering plant in the same family as the cashew and the mango. This shrub or small tree produces clusters of bright purple-red berries that are ground to make the sumac. The flavor profile of sumac is comparable to a salty lemon zest, thus pairing well with roasted vegetables, fish and salads like fattoush. Nutritionally, sumac is rich in quercetin, which neutralizes free radicals. Sumac also has 66 times more antioxidants than blueberries. In one scientific study, sumac even inhibited pancreatic lipase, which is an enzyme that breaks down fats for digestion. Therefore, fewer calories from fat were absorbed when ingested with sumac in this particular study.

The immune-boosting abilities of za’atar come from the thyme. Thyme can help clear the respiratory system, which is why some herbalists create a tincture of thyme tea to combat the common cold. The polyphenols in thyme or oregano also may have direct mood-boosting effects by impacting the hormones being released and regulated throughout the body. That is why many Arab holistic doctors prescribe thyme for depression.

The oil-rich sesame seeds in za’atar have many health benefits as well, and have been used in holistic medicine for thousands of years. These seeds may protect against heart disease, diabetes and arthritis. They are high in magnesium, which lowers blood pressure, as well as vitamin E, which prevents plaque buildup in the arteries. Sesame seeds, both unhulled and hulled, also are rich in several nutrients that boost bone health, including calcium, manganese and zinc.

While za’atar is easily incorporated in the Mediterranean diet, the herbs also have anti-inflammatory properties when used as a topical remedy for the skin. Za’atar can help improve the appearance of the skin, speed wound healing and even reduce the appearance of age spots and blemishes, thanks to the high quantity of antioxidants. Some Arab grandmothers even make a salve out of za’atar, forming it into a paste to spread on inflamed areas of the skin to relieve bug bites and aching joints.

Whether one eats za’atar for its unique flavor or uses it for internal and external healing applications, many people in the Middle East agree that it is a powerhouse for the immune system. The bonus is za’atar is easy to incorporate in your daily diet. Whether dipped into olive oil with bread, baked into a flatbread or sprinkled on salads, eggs or cheese, za’atar adds a toasty, tangy and nutty flavor to any dish.

Za’atar is readily available in Middle Eastern and Arab markets, as well as some good organic fair-trade varieties online. If you want to make your own za’atar, follow the easy recipe at right. You can use thyme, but savory gives a better result because it has hints of both oregano and thyme, just like the original za’atar plant. You can store za’atar in your pantry for several months.

The most quintessential way Arabs start the day is with manakeesh, or a za’atar flatbread you can prepare with any kind of bread you desire. Just combine 1/4 cup za’atar spice with 1/2 cup olive oil and spread a spoonful on the bread, leaving room around the edges. Sprinkle with feta cheese, sliced tomatoes and fresh mint, if desired. Brush baking sheet with olive oil and heat at 425 degrees until crust is nicely browned.

Combine all ingredients and store in an airtight container for up to two months.

Blanche Shaheen is a journalist and cookbook author. Her cookbook “Feast in the Middle East: A Personal  Journey of Family and Cuisine,” is available at FeastInTheMiddleEast.com.