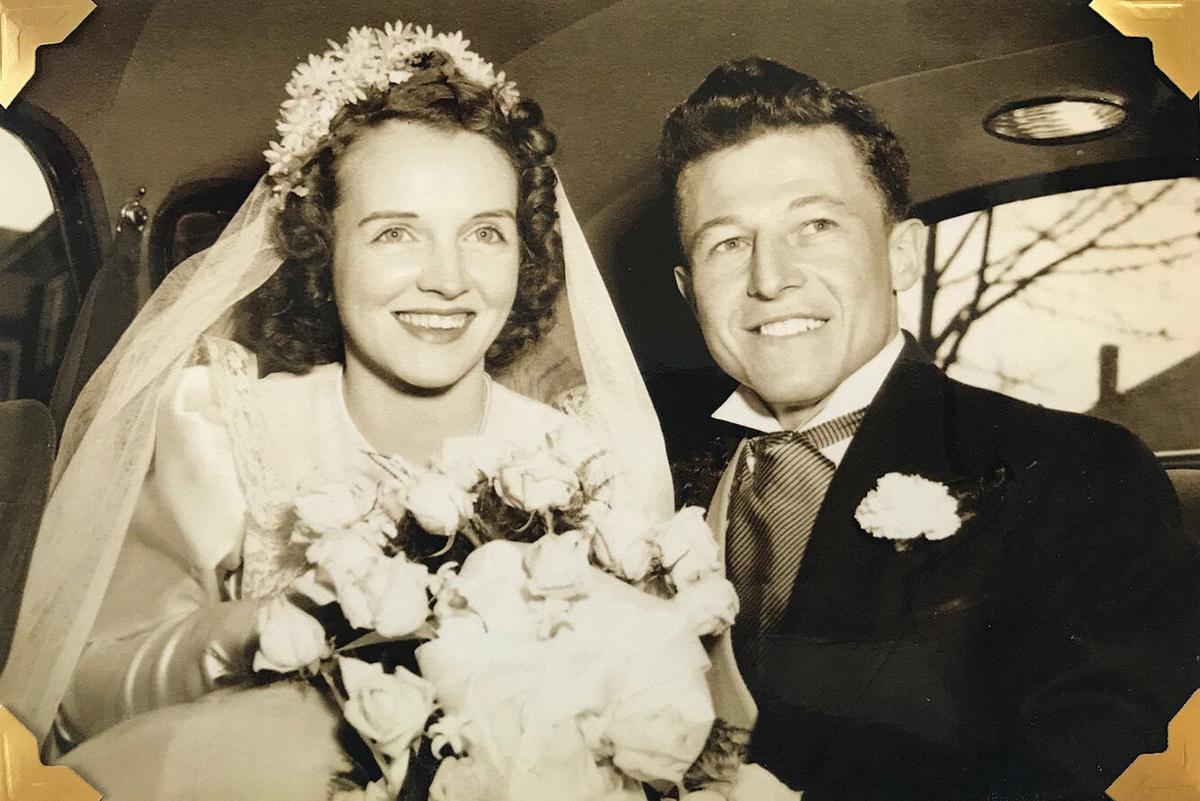 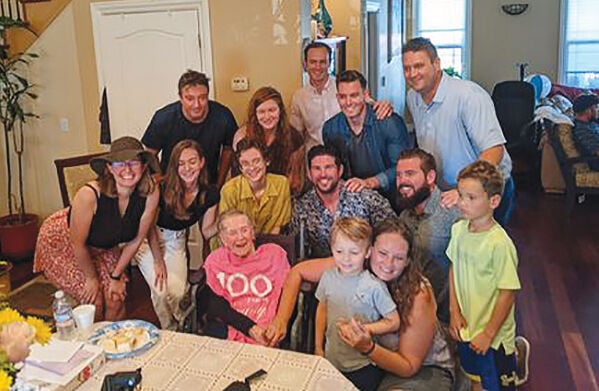 Former Los Altos Hills resident Jeanette Puorro celebrated her 100th birthday Oct. 2 and 3 at the San Jose home of her son, Mark. Thirty-one members of her family attended the party, including children, grandchildren and great-grandchildren.

Puorro and her husband, Tom, lived in Los Altos Hills from 1973 to 2016; she currently resides at Sunny View Retirement Community in Cupertino.

Asked how it feels to turn 100, Puorro replied, “Well, I haven’t really got a handle on it yet.”

One of seven children, Puorro was born and raised in Somerville, Mass., where she met her husband-to-be. Tom served in the U.S. Navy in World War II and received military honors. During the war, she worked as a secretary for New York Life insurance company.

After the war, Tom attended Tufts University on the GI bill, earning bachelor’s and master’s degrees in electrical engineering. The couple had seven children.

Upon graduating from Tufts, Tom was recruited by the then-budding computer company IBM. After a number of job-related moves around the U.S., they ultimately settled in California in 1973. Falling in love with the Los Altos Hills area, the couple bought a house on the corner of Concepcion and West Fremont roads; the entire block across the street was an apricot orchard.

The Puorros were often seen walking to church along West Fremont on their way to daily Mass at St. Nicholas Catholic Church, where Jeanette served as a eucharistic minister and a lector and helped with many church fundraisers. Tom died in 2020 at age 94.

According to daughter Hannah Golden, her mother was “religious (pun intended) about walking every morning to and from church – her morning walk, up until she was probably 90 or 92.”

In addition to keeping busy with child-rearing and church activities, she loved gardening and had an enviable rose garden. She was an avid reader and crossword puzzle whiz, and continues to enjoy books and magazines.

An eager traveler, adventures included a 1962 cross-country drive in a station wagon with seven kids ages 6 months to 11 years; a 1971 family trip to Europe, where they bought a van and camped their way across the continent; a 1972 trip to Japan with Tom; and several trips to Hawaii in the 1990s and 2000s.

A legacy for those with disabilities

In the 1980s, when the Puorros were in their 50s, one of their sons had a diving accident that left him a quadriplegic. They spent the next six months visiting him in the hospital every day. They then retrofitted their Los Altos Hills home to accommodate a wheelchair, complete with a ramp and a specially outfitted shower.

Inspired by the plight of his son and others like him, Tom retired early and asked IBM for an unusual parting gift: seed money to start a nonprofit program that would teach people with disabilities computer programming. Disabled Programmers Inc. was founded in 1980; it continues today as TransAccess. The nonprofit organization helped many people receive training and get hired for high-paying white-collar jobs. The Puorros worked as a team – he ran the business side of things, while Jeanette supported the endeavor, and her family, on the home front.