Free
Get Started
You have permission to edit this article.
Edit
The Newspaper
Special Sections
Obituaries
Digital Edition
Advertise
Subscribe
Share This
1 of 2 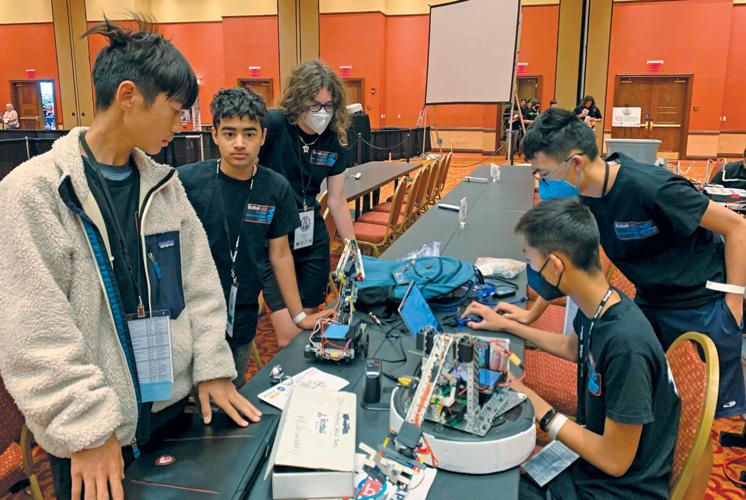 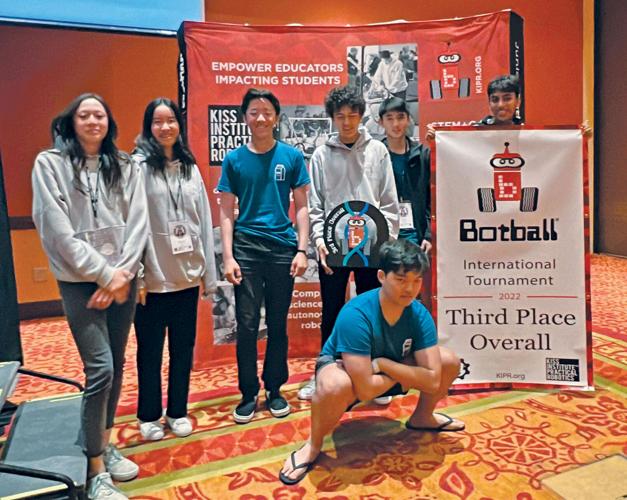 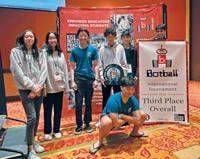 Botball is a team-based robotics program that involves building and coding robots to complete various tasks to earn points in the competition. The robots are autonomous, or coded to move on their own without a remote control. They are placed on an 8-foot-by-8-foot game board on which they sort colored rings or move pompoms, for example, to score points.

“I think the good part is you learn a lot about teamwork, about leadership,” said the Pinewood School sophomore. “Not only do you learn about coding and building robots, but, as I said, teamwork, work ethic, responsibility – stuff like that – and you definitely do develop a lot of technical skill, like building, of course, and coding.”

The team aspect of Botball is something Michael Schuh, leader of the Los Altos Botball Community Team, said will help members in the future.

“The team aspect of this is big,” he said. “It gives the students a chance to be good team members and be good team leaders.”

seeding and double seeding focused on maximizing the number of points a team earned, with the only difference being double seeding had another team on the game board. Double elimination had two teams square off to try to earn the most points to advance to the next round. Documentation centered on what teams submitted across the season to gain points. The team with the most points was the overall winner.

Xie added that her team also created a disruptor robot, aimed at throwing off other teams’ robots. She said it gathered a crowd, as people watched it in action in their final double-elimination rounds.

Team 742 started off by placing third in seeding. It ended up placing fourth in the double-elimination portion and finished fourth overall in the tournament.

Team 453 placed fifth in its first season of Botball. Alex Shen, the freshman captain, said he was surprised the team performed so well.

“It was our first-ever time going to Oklahoma and an international tournament. And we expected to do OK, but we didn’t expect to do that well,” Shen said. “But we ended up getting fifth place overall. I think we are really proud of ourselves.”

Sinclair Chau, a Team 453 parent who hosted the bot building at his home, agreed.

The all-rookie team faced some challenges, such as illness and parts not working on the robot. Gail Shen, Alex’s mom and the coach of Team 453, said one challenge they didn’t expect was other teams using disruptor bots – as Team 399 did.

“Nobody actually built a robot like that in regionals. Everyone’s just focused on getting the most points for their side,” she said. “We were all rookies, so we didn’t really think anyone was actually going to do that strategy. But there were a bunch of teams that did do that, and that’s actually why Alex’s team decided to change their strategy.”

The team took third in the double-elimination portion of the tournament.

For more information, visit the Los Altos Botball site at boardsailor.com/botball or the KISS Institute for Practical Robotics at kipr.org/botball.