You are the owner of this article.
Edit Article Add New Article
You have permission to edit this article.
Edit
Subscribe
About
The Newspaper
Comment
Special Sections
People
Digital Edition
Advertise
Classifieds
Share This
1 of 6 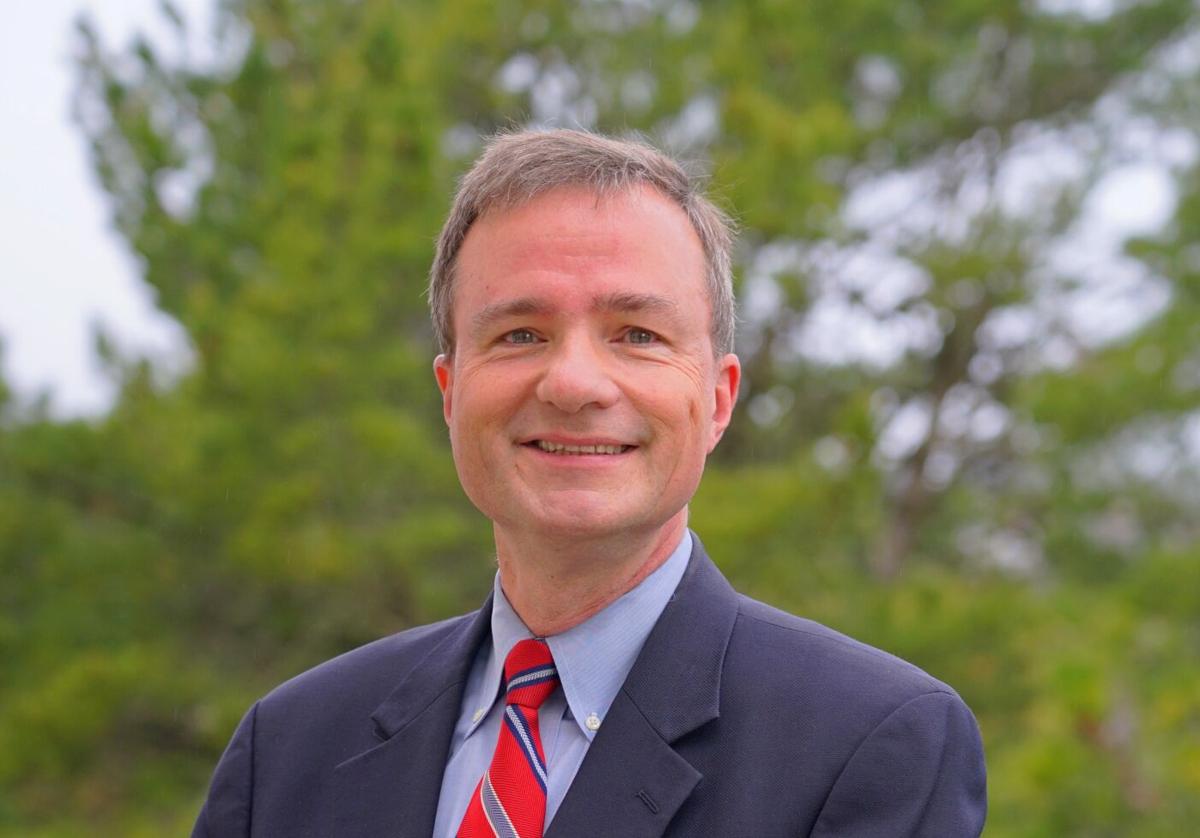 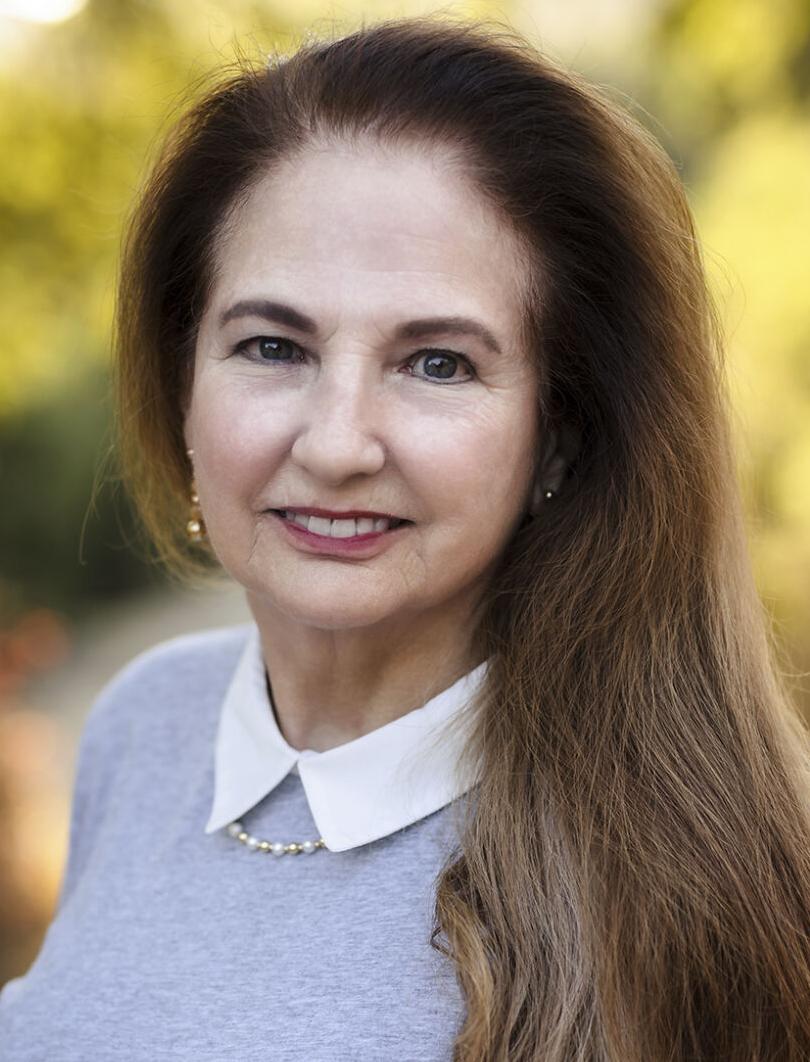 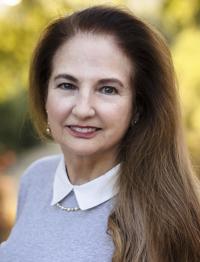 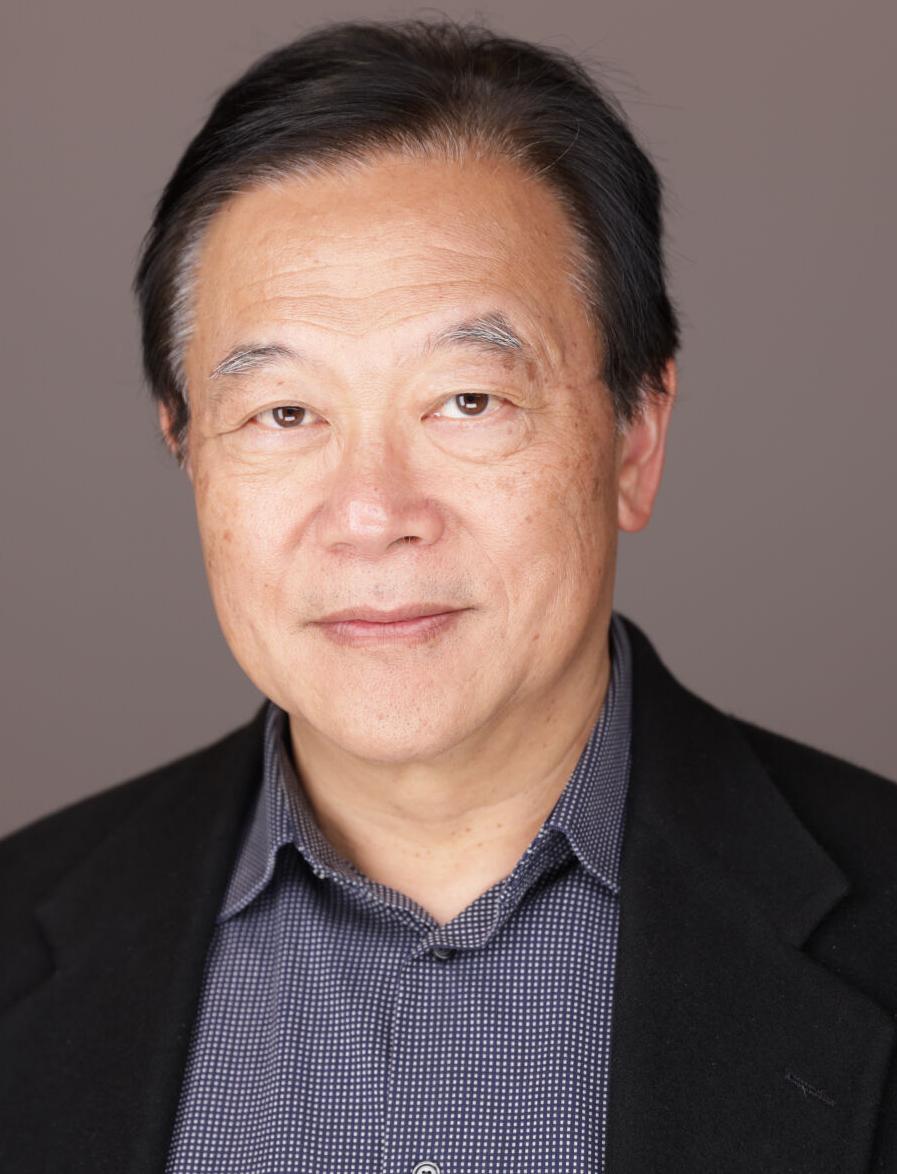 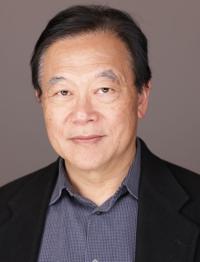 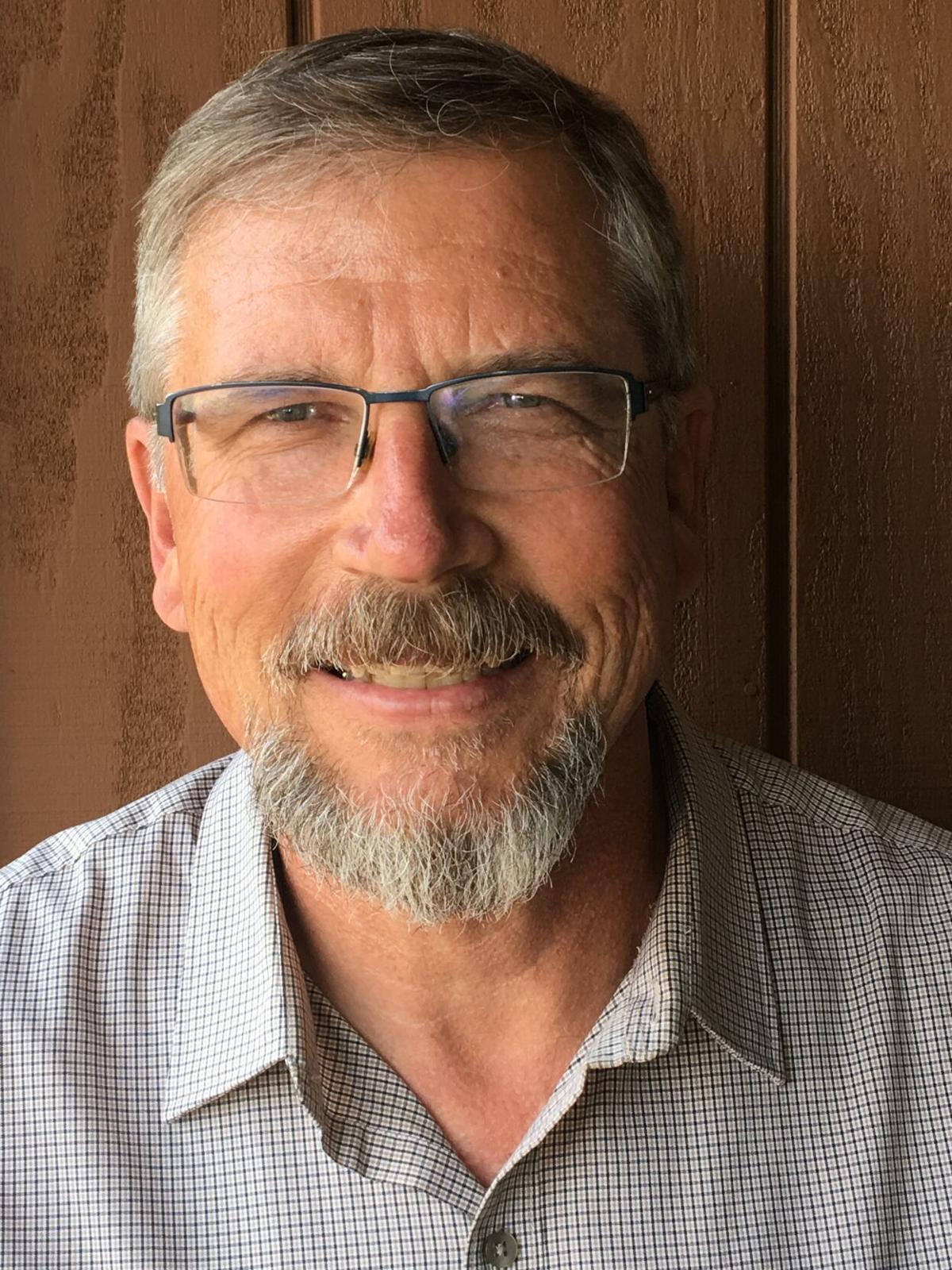 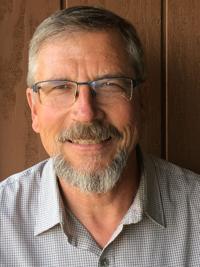 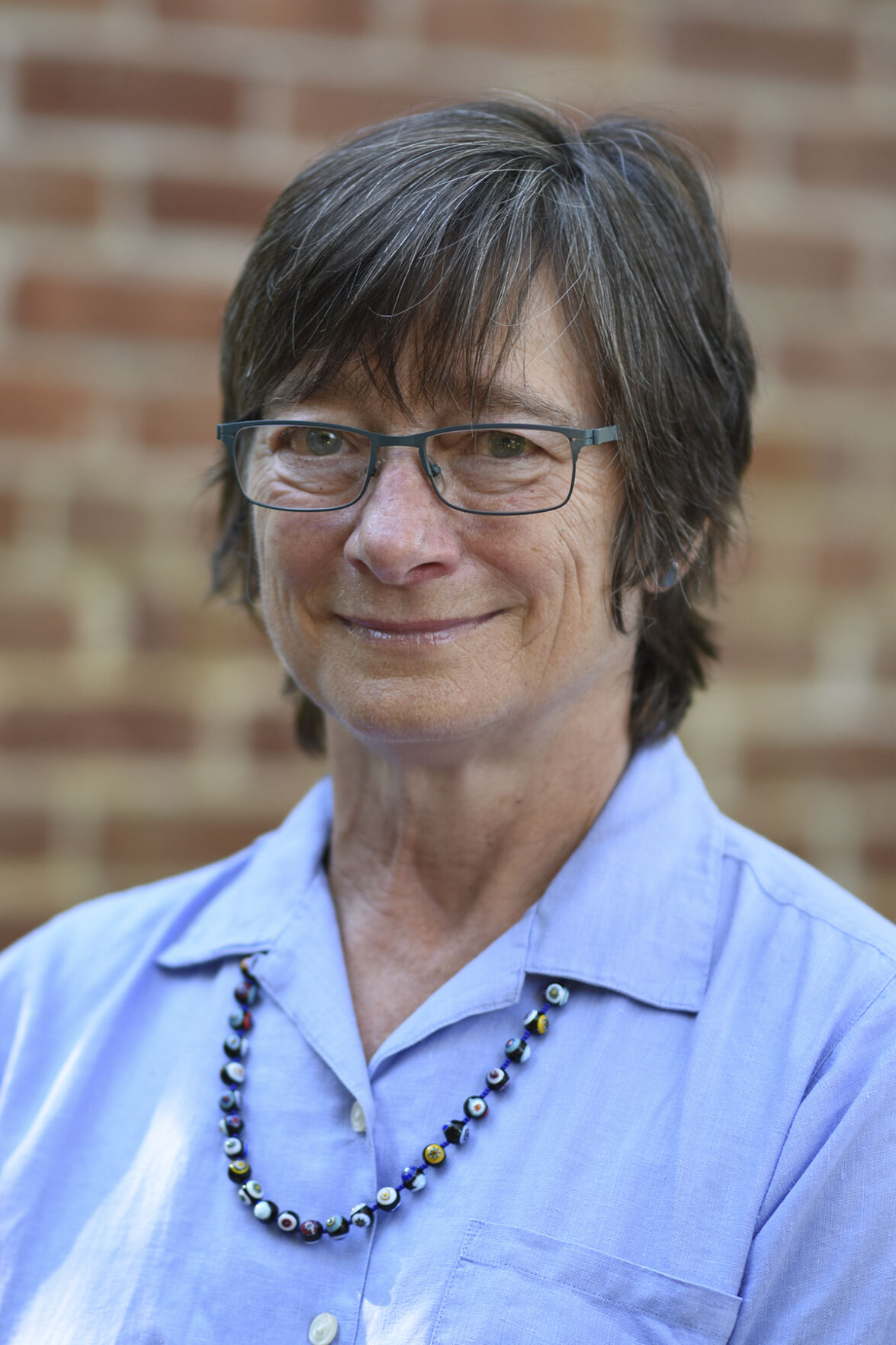 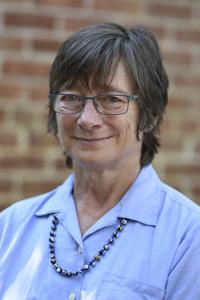 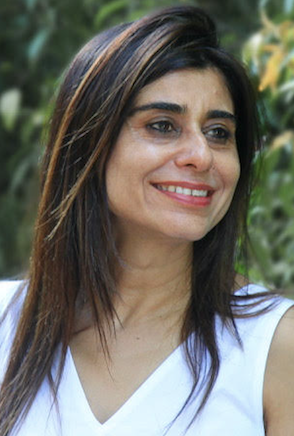 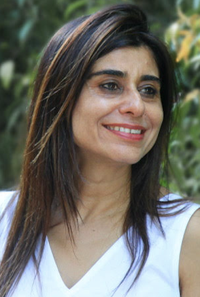 The volume of emails is overwhelming, missive after forwarded missive either condemning or supporting Los Altos Hills City Manager Carl Cahill. Although residents have debated the rate of town staff turnover for months, some as part of an attempt to demonstrate how Cahill’s management style has forced employees to leave, the barrage of emails intensified when town planning and building director Zach Dahl sent the city council an email explaining his decision to resign and accept a position with the city of San Mateo.

The storm of emails that followed, each magnifying the division between two competing factions in town, include at least two from town residents who announced they are part of an effort to remove newly elected Councilmember Linda Swan from office because they believe she is essentially serving as a puppet for her husband, John Swan, a fierce critic of Cahill’s.

“Discussions are underway about how to recall Linda Swan since her husband is directing her to enable his agenda,” Bridget Morgan wrote in an email to the Town Crier.

Within his May 28 resignation letter, Dahl said he planned to remain at town hall for at least three to four years – up until approximately six months ago.

“Unfortunately, the proliferation of this very public campaign to force out Carl by any and all means necessary gave me pause, and forced me to begin exploring career alternatives,” Dahl wrote. “There is a hostile work environment at Town Hall right now, but it is not of Carl’s making … it is the result of the words and actions of those outside of Town Hall.”

Cahill’s current contract with the town expires June 30, and a series of closed-door council meetings conducted this year were meant to weigh his performance and help the council decide whether to sign a new contract. But he announced his retirement in April, before council members could reach a decision. He has offered to continue working through Oct. 29.

Although Dahl did not name any individual or group in his email, he likely referred to residents whose grievances against Cahill include his handling of the town’s controversial 15-year, $50 million Greenwaste Recovery garbage contract and the construction of a port to protect maintenance equipment; a contested, $3.5 million town hall expansion; proposed staff salary increases; disagreements over the use and development of a town park; and staff turnover.

“Our City Manager’s consistent and desperate tactics to vilify residents and taxpayers who are simply seeking transparency and accountability should be a huge red flag to current council members and residents,” John Swan wrote in an email to the Town Crier sent last week. “Even after he has stated he will retire, the City Manager is still trying to rewrite the narrative and soliciting letters that reveal his hand in helping drafting them. His common theme, placing the blame for every fiasco that occurred during his administration on anyone but himself, has cost the taxpayers of the town millions of dollars. This behavior strongly suggests that he does not have the town’s best interests in mind.”

John Swan later admitted he could not concretely prove Cahill orchestrated Dahl’s letter, and Dahl denied he wrote it at anyone’s behest.

City Clerk Deborah Padovan has recently fielded numerous California Public Records Act requests from both residents and this publication for statistics about staff retention. The average rate of turnover gleaned from the documents varies depending on which fiscal years are examined. A list Padovan provided the Town Crier June 1 did not include several names. A subsequent list Padovan provided Friday revealed the average staff turnover for the last three complete fiscal years, 2017/2018, 2018/2019 and 2019/2020, during which an average of 24.87 staff positions existed, is 29.55%.

The differences in the two lists, Padovan explained, is due to a miscommunication among city departments. She said the lists were pulled from the town’s payroll system and that it’s possible a filter wasn’t selected during the first pull.

“We don’t have anything to hide,” she said. “We are a small town, and people leave for different reasons.”

Cahill said he doesn’t consider turnover excessive considering the small size of the staff; the lack of a competitive, defined contribution plan for employees; and the lure of more prestigious positions with larger municipalities.

“I think this is just a smoke screen for a political issue, knowing the people involved,” he said.

In a March 18 email to the city council, however, town Finance and Investment Committee member Allan Epstein noted Nichol Bowersox, former Public Works director, and Kaho Kong, a former senior engineer, departed earlier this year within approximately a month of one another.

“As you have been informed, they did not leave because of lack of advancement opportunity, job dissatisfaction, or uncompetitive salaries or benefits,” Epstein wrote. “They left because of dissatisfaction with how Town employees are treated. They are clearly not the first.”

John Swan said he requested a closed-door council session with Bowersox and Kong after their departures, and both shared their experiences.

Bowersox, in particular, has been propped up as the poster child of discontentment. When the Town Crier repeatedly tried to schedule an interview with her, however, she repeatedly rescheduled and then didn’t respond.

“I did speak with Nichol after her departure, and it would be better for her not to comment” to reporters, Mok said.

He described Bowersox’s statements about town management as “very aggressive” and said she has accepted a position with CSG Consultants, a Foster City firm that contracts with the town for sewer improvement projects.

Mok ran for office last year as part of a three-person slate with Jay Sutaria, who lost the election to Lisa Schmidt by one vote, and Linda Swan. The slate sought to create a majority on the five-person council, which now includes Mayor Kavita Tankha, Vice Mayor George Tyson in addition to newcomers Linda Swan, Mok and Schmidt.

The Town Crier asked Dahl last week about his resignation. He said TTAGS’ formation contributed to his decision to leave, but that he began thinking about departing in the fall when the Mok-Sutaria-Swan slate formed and hostility toward staff members also increased.

In September, Parks and Recreation Committee member Nina Sutaria, Jay Sutaria’s wife, falsely accused a staff member of stealing $250,000 in grant money by recommending available funds go toward constructing a community meeting space at Purissima Park. Nina Sutaria and other Parks and Rec members desired the construction of a multipurpose community site instead. Facing pressure from the council, Nina Sutaria later resigned from the committee.

“The reality is (TTAGS) wasn’t formally created or launched until the beginning of March, but those individuals have been attacking staff and kind of creating this tone since the election,” Dahl said.

When Dahl’s May 28 letter was forwarded throughout town, residents who support Cahill, including former Mayor Courtenay C. Corrigan and Duffy Price, applauded its contents.

“I agree with all of Zach’s points about the creation of a very toxic situation by miscreants, who obviously didn’t anticipate the second-order consequences of their actions,” Price wrote in an email. “While we all may not share the same assessment of the Town Hall situation, it is my feeling that it is incumbent upon those who contributed and created this very toxic situation to help resolve it.”

In jest, John Swan subsequently referred to himself as “Mr. Miscreants” in email correspondence.

Despite Cahill’s intention to extend his employment agreement through Oct. 29, some members of the council hope to sever ties sooner.

During the May 20 city council meeting, Linda Swan requested pulling a resolution that would have solidified Cahill’s contract extension. The resolution text described reducing the town’s severance pay obligation to the city manager should he continue to work past June 30. But Tankha told her colleague removing the item was not necessary because Tankha awaited a response from the city attorney regarding the resolution.

Linda Swan did not respond to a Town Crier email inquiring why she asked to pull the agenda item. Tankha declined to share the nature of her question to the city attorney and stated she generally does not comment on her private discussions with him.

Mok, however, supplied a possible explanation why some council members might object to allowing Cahill to continue at his post.

“The longer this occurs, the more uncertainty our people have about their jobs, and that’s not a good thing,” Mok said.

Mok acknowledged he and Linda Swan may not be able to accomplish their objectives anyway.

“The slate was not able to get into place on the council,” Mok said. “We ended up with Lisa Schmidt, and George Tyson and Lisa actually support the city manager. And I believe Kavita supports the city manager as well. So we can’t get anything done.”

Council members are expected to review the resolution about Cahill’s contract at their June 17 meeting.