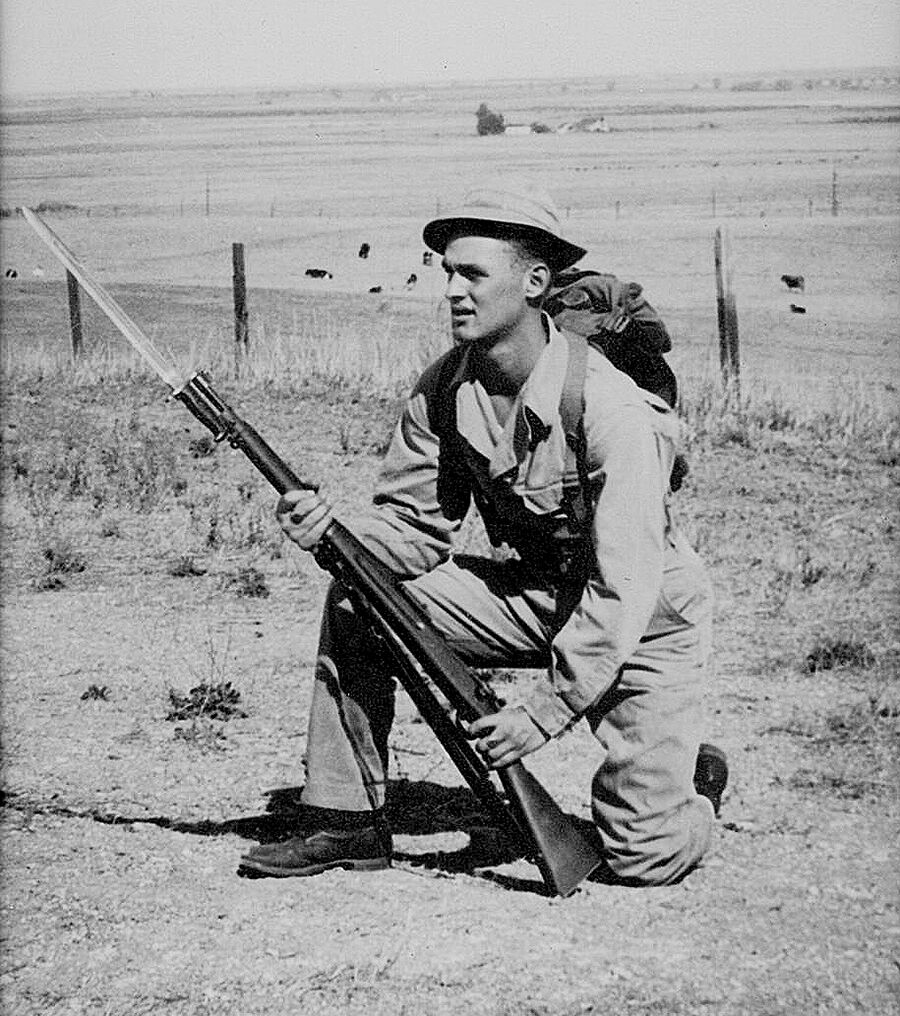 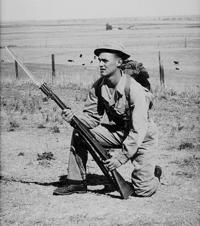 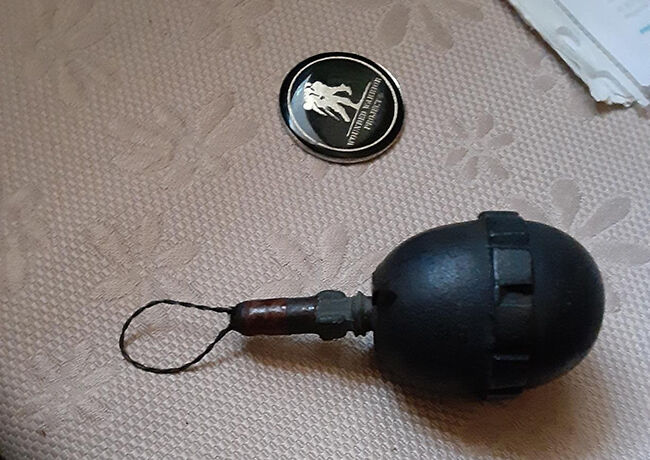 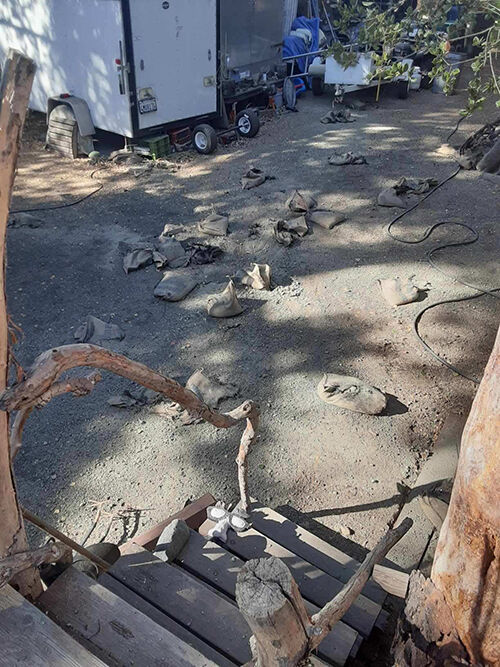 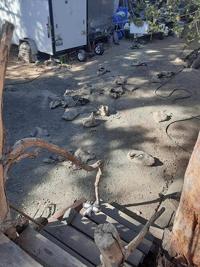 There was blood on the carpet after Alfred Lindahn fell out of bed. As the 96-year-old Los Altos resident received treatment at a hospital, his son began rearranging the furniture in the room so he could clean it. Inside the nightstand drawer, Rick Lindahn’s hand grasped a black, egg-shaped object.

“There was some goo kind of oozing out of the top of it,” he said. “It would have made a really nice Christmas ornament for the tree with the little loop on the top you could hang on the tree.”

Rick gently placed the object on his father’s floral bedspread, snapped a photo and called the Los Altos Police Department.

Loudspeakers helped evacuate homes adjacent to the Lindahns’ Christina Drive residence, and officials blocked off the street from traffic. Through Nixle, the city’s designated emergency notification system, police issued a cryptic warning: “In the next several minutes you may hear a loud explosion. There is no danger to public safety.”

Rick watched as bomb squad members carried sandbags into his backyard and arranged them into a teepee. He said they tucked the grenade and some C-4 inside and ran a wire from the teepee to the street. Firefighters rigged hoses in case of a fire.

Rick considered propping up his phone to capture a video, but officials urged against it. Instead, he donned noise-muffling headgear and took shelter behind a bomb squad vehicle.

“And once everything was done, they gave me the little box, and I got to push the button and blow the whole thing up,” he said.

The force of the explosion tossed sandbags 30 feet, he guessed, and Mountain View residents living as far away as Morgan Street, near Highway 101, heard the resulting boom.

Rick Lindahn is one of six children born to Patricia and Alfred “Scott” Lindahn Jr., who were married for 71 years until she died in 2017. The family moved to Los Altos in 1955, on the day of Rick’s third birthday.

Rick said his father taught his children everything a guy would want to know: scuba diving, taking apart and rebuilding cars, shooting guns.

“Great, excellent man,” he said. “I wouldn’t have picked anyone else for a father.”

A year after the family settled onto Christina Drive, Alfred scaled a power pole to survey Stevens Creek behind the house. A flood had fell and tangled two trees in the water, and so Alfred wrangled up some dynamite.

He blew the trees free and clear of the creek but also knocked some shingles off the neighbor’s roof, Rick said.

“So he’s been into the explosives before, and yet, I’m curious what else I’m going to find as I go through this house of 66 years and my father,” Rick said.

Alfred did serve overseas in France, during World War II, but his son traces the Eierhandgranate to Uncle Clarence.

Patricia Lindahn’s uncle collected swords and knives and guns and Native American artifacts. His treasures included an elephant’s foot rendered into a piggy bank, a chunk of wood reportedly salvaged from President Abraham Lincoln’s desk and a blunderbuss, a vintage rifle with a flared muzzle reminiscent of a phonograph’s horn.

When Uncle Clarence died, he bequeathed his assortment of weaponry to Alfred.

“It’s been in his drawer, like three feet away from where his pillow’s been, for 40 years,” Rick said.