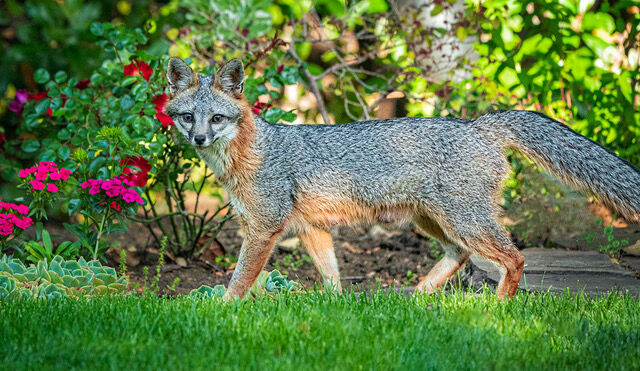 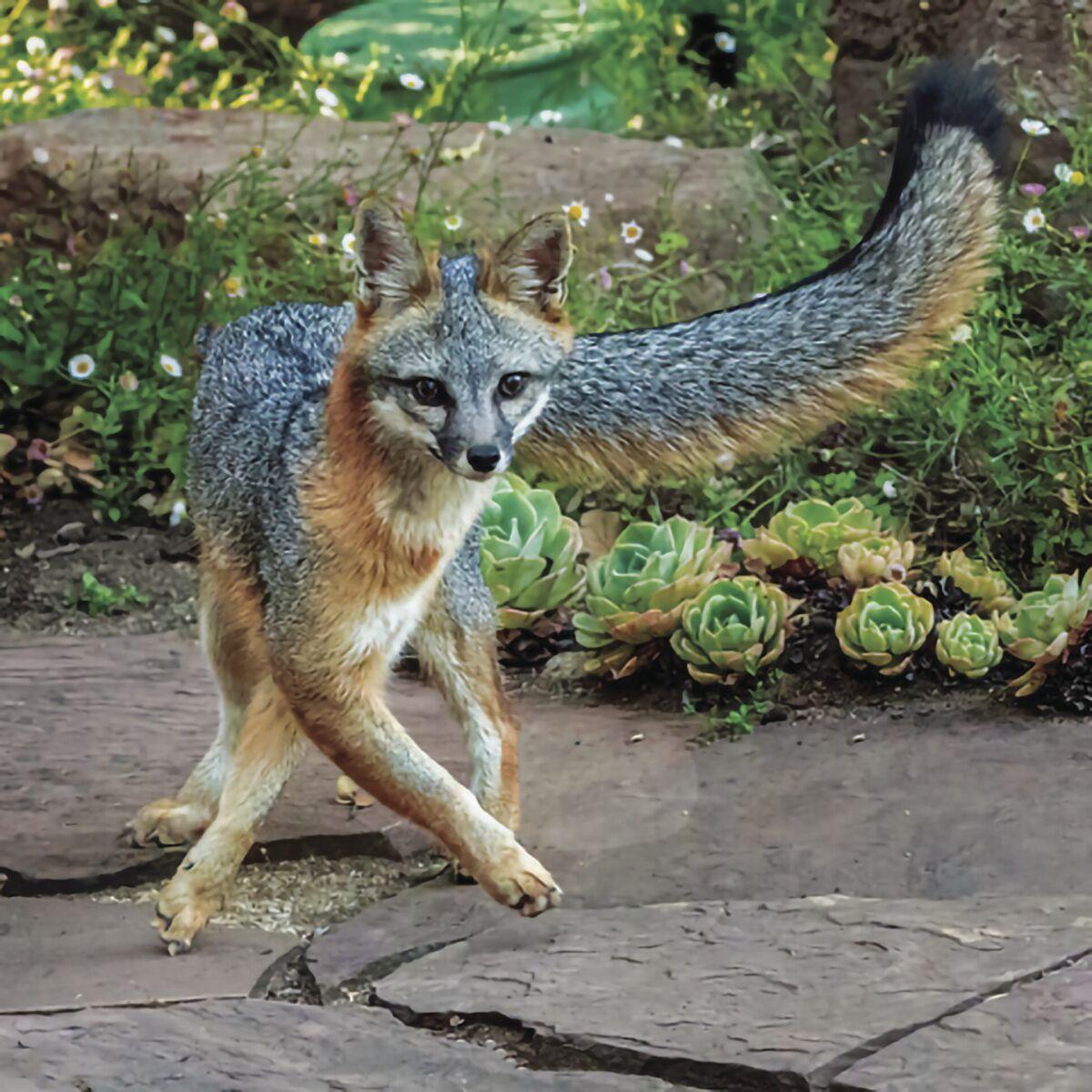 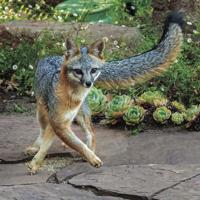 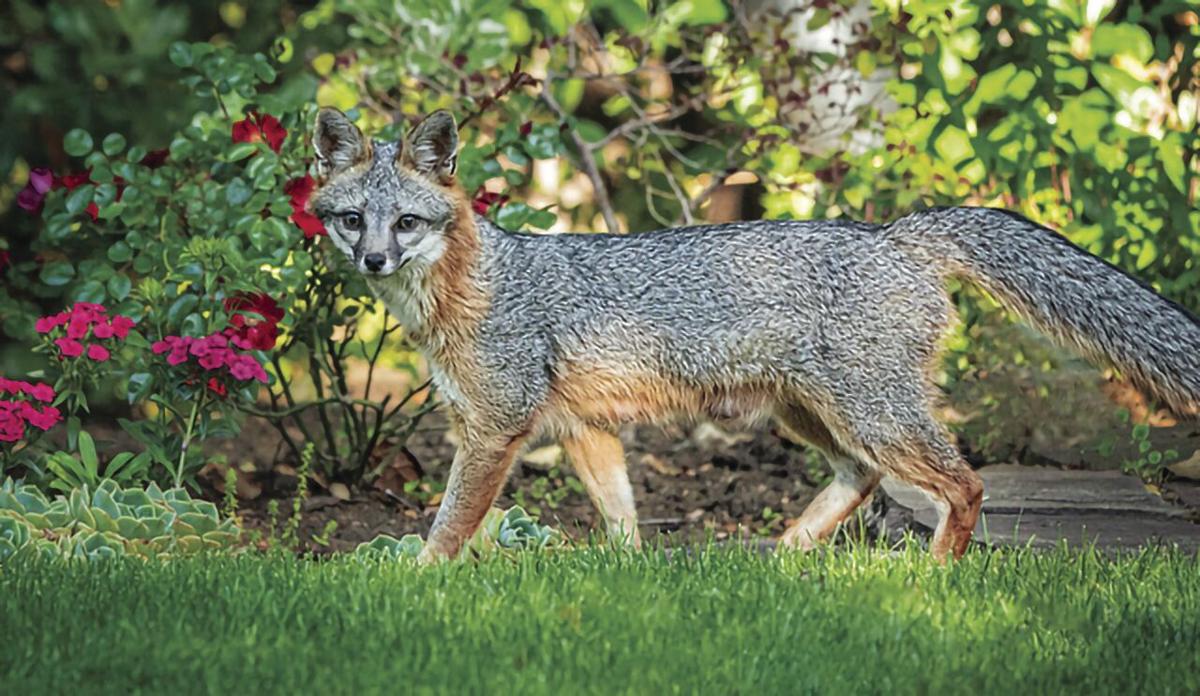 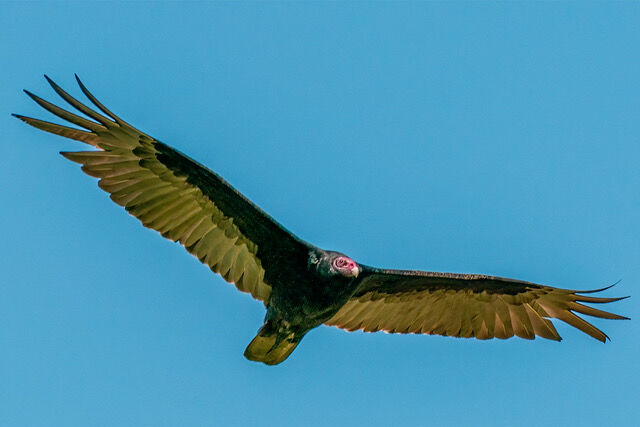 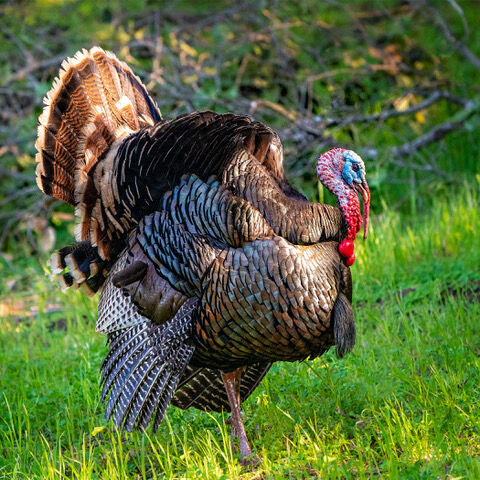 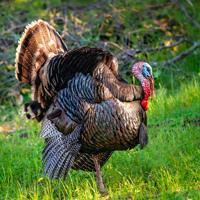 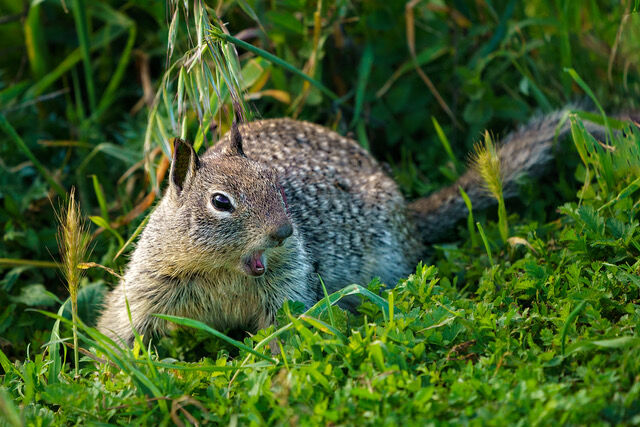 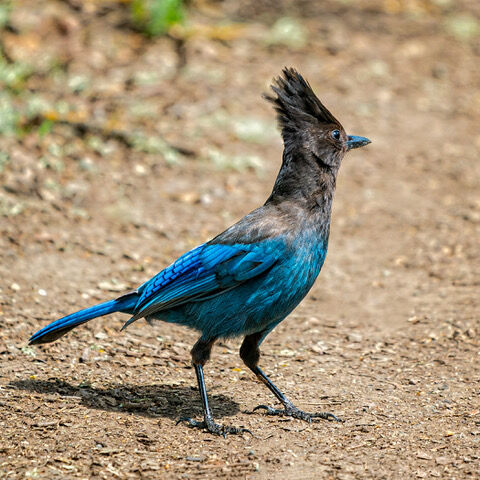 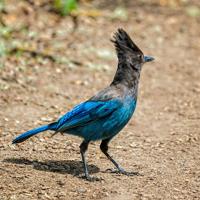 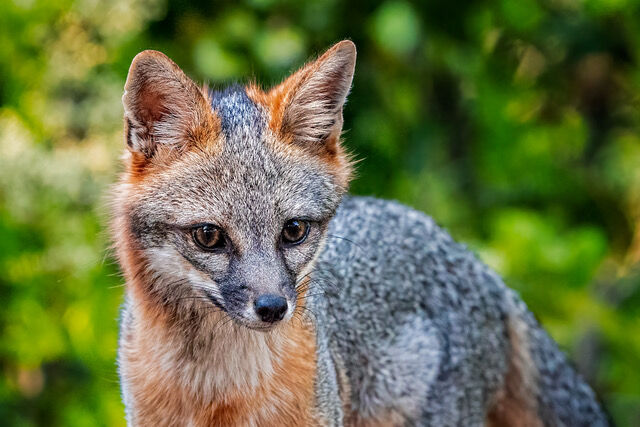 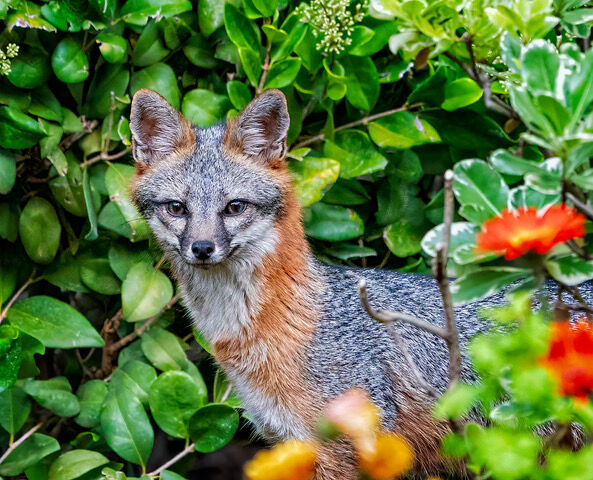 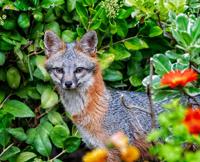 Glen Schofield is a photographer known to dazzle fellow Los Altos Hills residents with his images of local wildlife, including a curious gray fox who has recently paid several visits to his yard. The Town Crier asked Schofield to share the story of his fox encounter, his camera settings and his other favorite photos of local wildlife.

While walking by the window in our living room, I noticed the fox curled up, sunning himself on a small lawn we have in the backyard. It was late afternoon. I keep my camera handy, so I grabbed it and went out of our back door, so I could approach the fox from a distance of about 50 yards. I took a few photos as I approached him on the lawn. All of the photos were taken after he noticed my presence. He didn’t immediately run off but slowly moved around through our flower beds, checking me out as he moved. He then appeared to get bored, turned and sauntered off down the hill. I’ve seen a lot of wildlife, and this was one of the most beautiful animals that I’ve seen – truly magnificent.