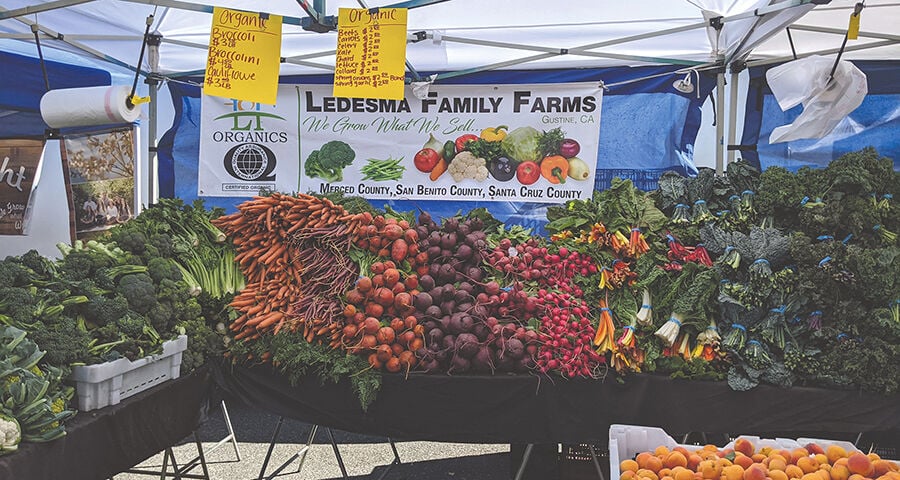 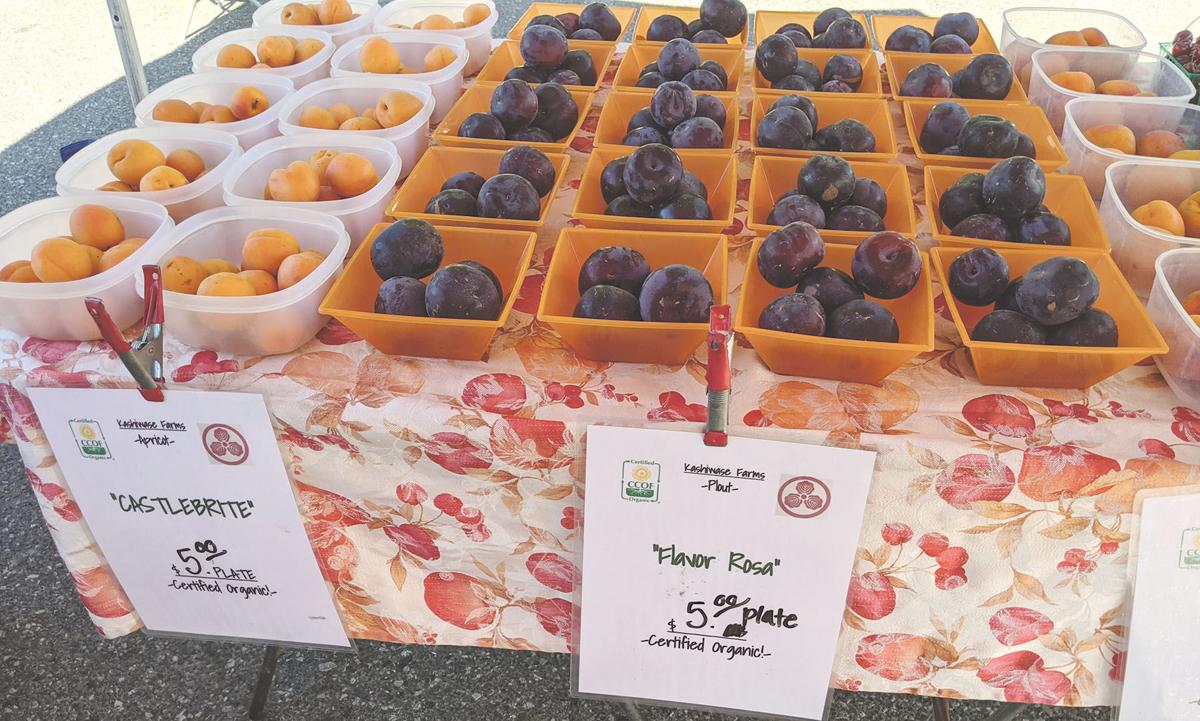 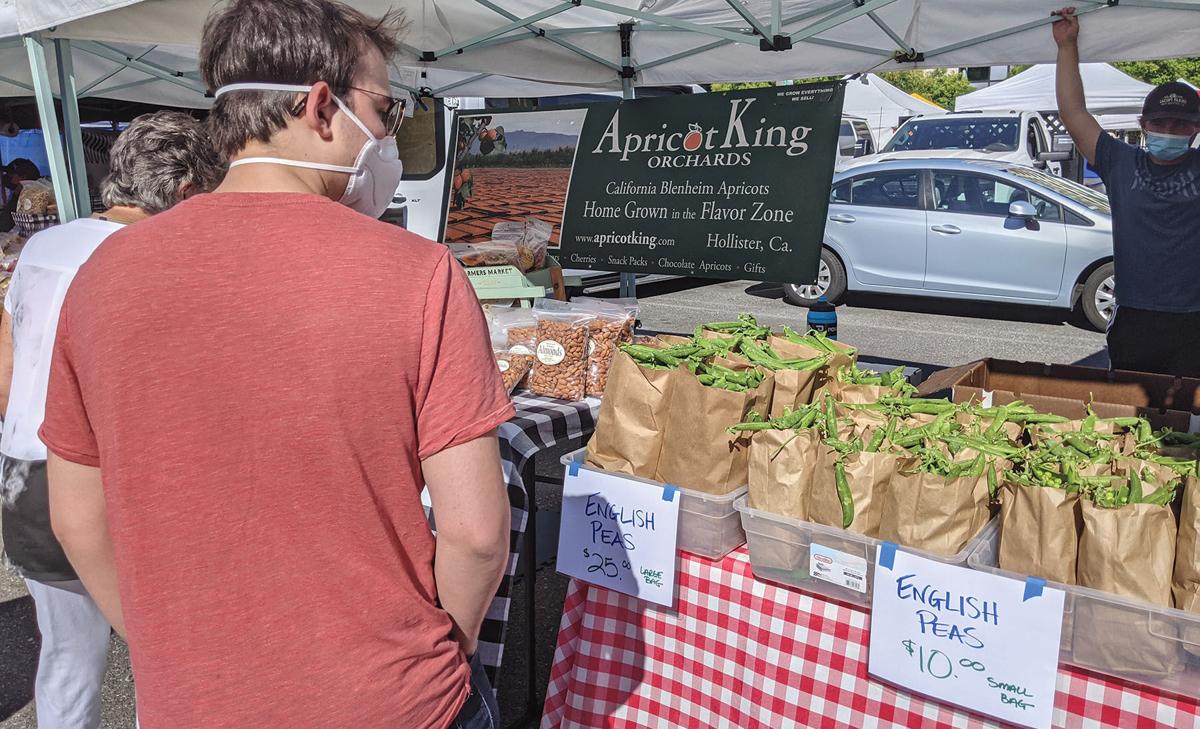 English peas and other late spring crops joined some of the first apricots of the season at the market in Mountain View on Thursday night.

English peas and other late spring crops joined some of the first apricots of the season at the market in Mountain View on Thursday night.

A new farmers’ market kicked off last week in downtown Mountain View, with timing that directly rivals Los Altos’ own. The 5-8 p.m. Thursday evening market, scheduled to run through September, is located in the civic parking lot near California and Bryant streets.

Some growers and makers will already be familiar to local market regulars, including Kashiwase Farms, Apricot King and Little Sky Bakery, which was present at both markets Thursday night. Newcomers included YY noodles, which offered $9-$16 grab-and-go dishes ranging from cold QQ noodles to smoked duck to beef jerky. Fraternite Notre Dame, also a new seller to this area, brought French pastries of many varieties all baked and sold in support of a soup kitchen the religious order operates in San Francisco.

The Bryant Street market included no hot-food trucks or vendors, which are sometimes viewed by nearby restaurants as a source of competition and thus contractually excluded from some market rosters. The Los Altos market similarly hosts a reduced variety of hot food options compared to previous years – LAVA Director Scott Hunter cited concern for brick-and-mortar downtown restaurants coming out of a very tough year – but still included roasted chicken, crepes, corn and baked potatoes when it opened last month.